On 21st January, 2021, a Delhi court convicted Aam Aadmi Party MLA Mr. Somnath Bharti for charges under multiple Sections of the Indian Penal Code and the Prevention of Damage to Public Property Act, primarily holding him guilty of offences of assault of public servant, unlawful assembly and causing damage to public property and sentenced him to two years imprisonment and a fine of one lakh rupees. Bharti was granted bail to file an appeal against the judgment. It is shocking that the court convicted the MLA while acquitting the other four accused persons of all the charges for lack of evidence.

The case of the Delhi Police is that on 9th September 2016, Bharti along with approximately 300 other people along with a JCB, tried to allegedly break a wall which was the property of All India Institute of Medical Sciences. The case was lodged by R. S. Rawat, chief security officer of AIIMS. It is interesting to note that no document was submitted in the court by the Delhi Police which could prove that the wall in question was AIIMS property but still the judge convicted the MLA for damaging public property.

Delhi Police made 19 witnesses to appear before the court in support of their case, out of who most are security guards on the payroll of AIIMS. No independent witness from the 300 people appeared before the court to prove the case of the Delhi Police. Few of the people identified Bharti but all of them failed to identify the other four accused persons. It has also not been proven if there was in fact a JCB on the spot at the point of time when the alleged crime took place. The Delhi Police has not made the driver of the JCB to appear before the court which is odd as that would have proven their case.

Such weird gaps in the investigation and the trial by the Delhi Police suggest that their case has been motivated and incorrect in the eyes of the law. Further, the identity of the accused was proven by the IO through video footage which was recorded on a mobile phone. The mobile phone was never sent to forensic science laboratory to look into its trustworthiness. The judgment of the trial court was challenged and higher court instantly stayed it until the decision of the appeal.

More than 125 cases were filed against 52 MLAs of the Aam Aadmi Party, including the Chief Minister from 2015 to February 2020. In more than 82 cases, the courts acquitted 45 AAP legislators. The Delhi Police is known to harass Aam Aadmi Party MLAs by filing false cases against them and the numerous acquittals show this fact. The appeal will come up for hearing soon.

– Article by Waris Masih (Journalist & Social Activist), Founding Director at Vision India. One could connect with him on twitter @waris_masih. 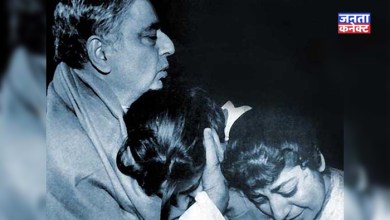